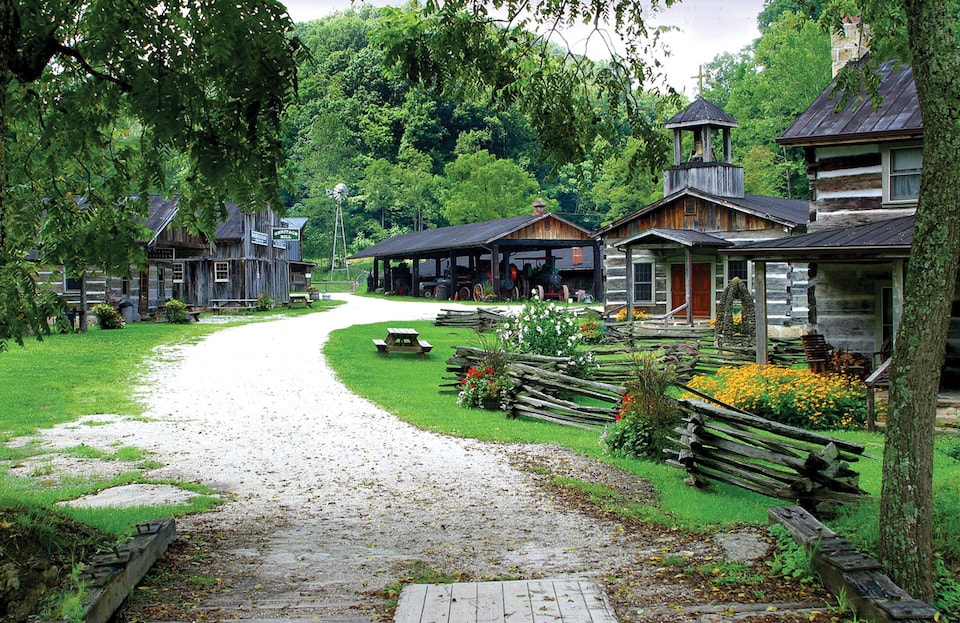 In 1973, co-founders Mike and Henriella Perry decided to relocate from the city of Huntington, West Virginia to a farmhouse on the outskirts of town. It was here they discovered the seed that would birth a dream in the old, hand-hewn logs hidden behind the farmhouse walls.

Efforts to understand the tools and techniques involved in building a log cabin, coupled with their hobby of antiquing, led to the genesis of what would become Heritage Farm Museum & Village. Originally a private collection housed in a nearby barn, they soon began to accumulate authentic period structures and materials that they felt would convey an appreciation for everyday life in Appalachia from the 19th century to the present.

Heritage Farm began with the first "Spring Festival" on May 4, 1996. This yearly event was the only day the village was open to the general public until 2006. Since then, The Farm has added a petting zoo, working saw mill, Artisan Center, and much much more!